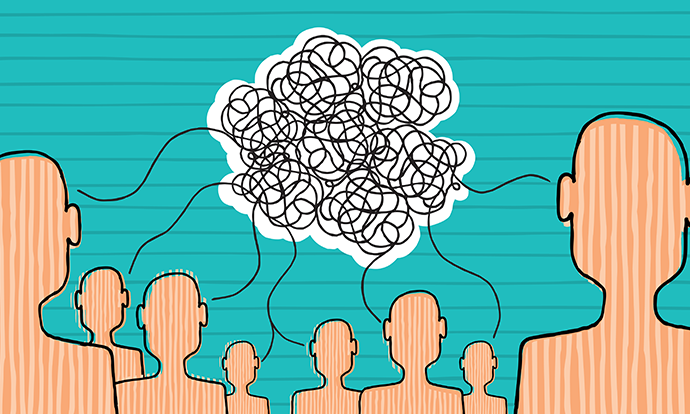 We have all been there. You are on the way to or from an HFTP event, and a layperson, perhaps your Uber driver, your neighbor or your sister-in-law, asks you what “HFTP” stands for. You tell him or her. A smirk ensues, as he or she pictures a ballroom filled with a homogeneous crowd of pedantic nerds, geeks, bean counters and miscellaneous tightwads who cannot wait to get back to their smartphones and tablets. They do not envision fez caps or laughter, and you are no longer accused of going to Orlando on a boondoggle. Why spoil their image of our suffering? After all, the events are still a mental endurance test that can leave a rookie totally exhausted and overstimulated. (Would you like your martyr badge in chrome, nickel or antique brass?)

If only they knew what a diverse, interesting crowd we are! I had conversations with men and women ranging from 24 to 74, from tech entrepreneurs, to those working for family businesses, member-owned clubs, regional operating companies, multi-national ownership groups and a fair number of semi-retirees who just can’t quite seem to quit us.

The Common Thread. Didn’t I Tell Ya?

Such a diverse group is bound to have conflict. I am sure no one who just attended the HFTP 2019 Annual Convention in Orlando, Florida will object to my giving myself an “attaboy” for predicting how much the topic of resolving conflict would be covered in the educational sessions — even where it was not specifically on the agenda. Between the fragmented ownership structure of our industry, and the internal controls and checks and balances that are practiced by any well-run business, “alignment” is not only difficult to maintain, it is often intentionally prohibited.

While getting employees in better alignment with customers or each other may seem like a worthy ideal — the elusive win-win — it also tempts the aligned into a dark underside called cahoots — a win-win-lose. So, a certain level of overt conflict is not only inevitable, it is desirable. What came out in session after session was that you should be aligned in your conflict.

Hey, did I just hear you call me an oxymoron under your breath?

What Didn’t You Just Say? Convention Takeaways I

Let me rephrase: The common message was that you can navigate the conflict more smoothly by anticipating the other party’s point of view and being ready for their questions. That will leave both parties with more cool-headedness to cope with the inevitable surprise or two, and move on to a strategic discussion. What was unsaid, however, was that a lot of things should remain, well, unsaid, if a diverse group with conflicting interests is going to get along.

Here are some examples of takeaways from the annual convention that illustrate the point:

Example 1: What was said? Operators need to provide owners with very detailed line items on their invoices.

What was replied: Even when we are under budget? We don’t want to burden you with too many details, which you are paying us to manage.

What went unsaid: We have scaled our business and made some hard sacrifices. We have achieved economies and negotiated volume discounts. If we are meeting our contractual commitments, the rewards for all that should go to our bottom line, not yours. Why would we open ourselves up to unnecessary scrutiny and margin erosion?

Example 2: What was said? No, I don’t need constant feedback as a millennial, but the older generation needs to provide with me with a clear path of advancement out of the front desk.

What was replied: Well, the way you set yourself up for advancement is by being flexible and available for whatever the current need is.

What went unsaid: Organizations are pyramids, so not everyone gets to rise. Why would I demoralize the other employees next to you by giving you a pre-ordained path and not them? New data shows that when turnover is low, guest retention and repeat business go up. So, the desk clerk next to you, who is in place long enough to develop relationships with regular guests. is actually more valuable to the business in the short run. You will always be responsible for your own career, so you might as well start now.

Example 3: What was said? Hotels need to play a bigger role in stopping the human trafficking that commonly occurs under their roofs. Hotels are starting to get sued for not taking action when there are multiple signs such as cash payment, excessive comings and goings, multiple rooms being occupied in close proximity, unusually high WiFi bandwidth use, long periods with the “Do Not Disturb” sign displayed, or lots of requests for fresh towels and linens.

What was replied? We will be vigilant!

What went unsaid? This is a minefield. If we wrongly accuse someone, we will be in a world of hurt. We are a 24-hour operation with three shifts. These things can slip by. We could probably build an integrated report that watches for these signs and triggers an alert. But if we have such a report available, it opens us up to more liability if we have it but overlook it.

Figuring out and accounting for the “unsaid” portion can be tricky, but that is where experience comes into play.

Thanks again to HFTP for allowing me to be their guest blogger! Bernard Ellis, CHTP, CRME is president of Lodgital Insights LLC and the official event guest blogger for the HFTP 2019 Annual Convention, held October 23–25 at the Rosen Centre Hotel in Orlando, Florida USA.
Check back on HFTP Connect for more of Ellis’s insights and experiences at the event. 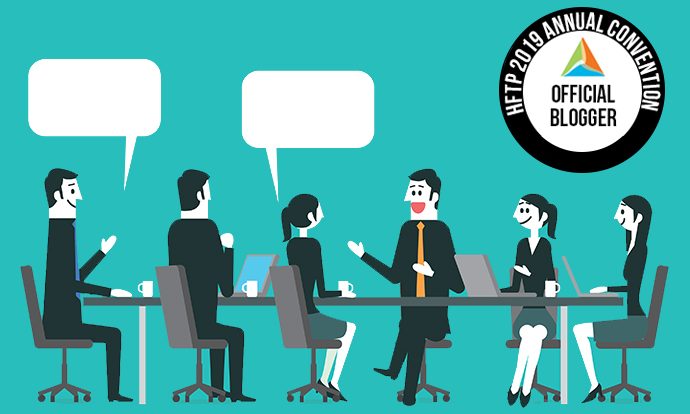 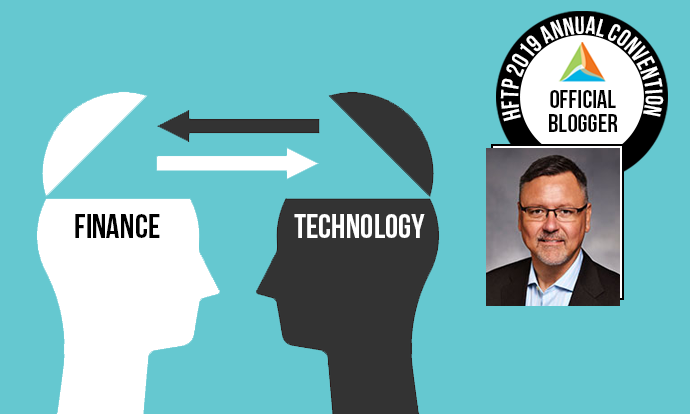 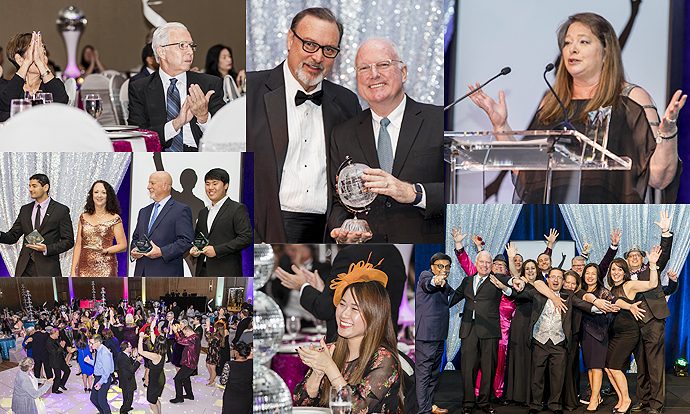 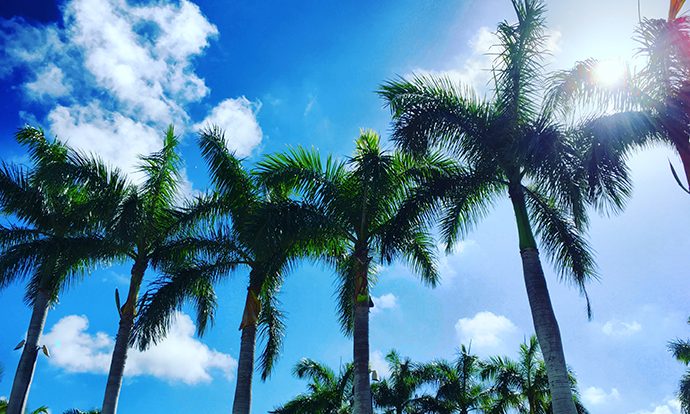 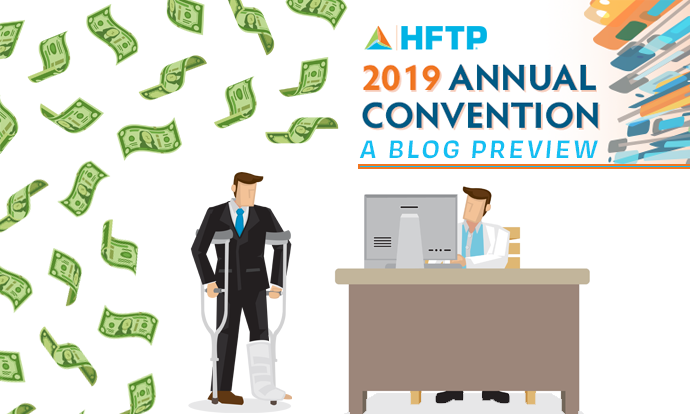 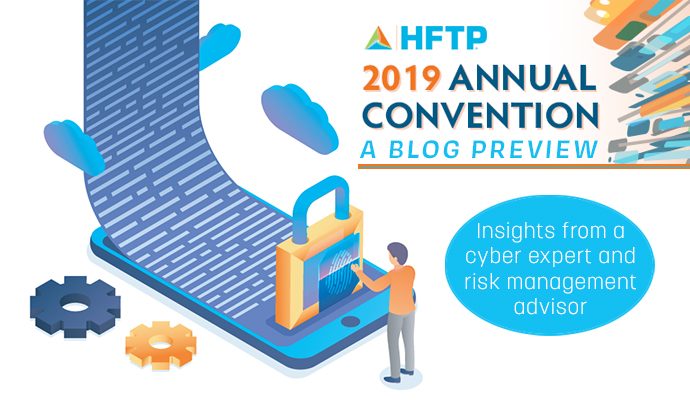 The Right to Privacy and How to Protect It

This site uses Akismet to reduce spam. Learn how your comment data is processed.