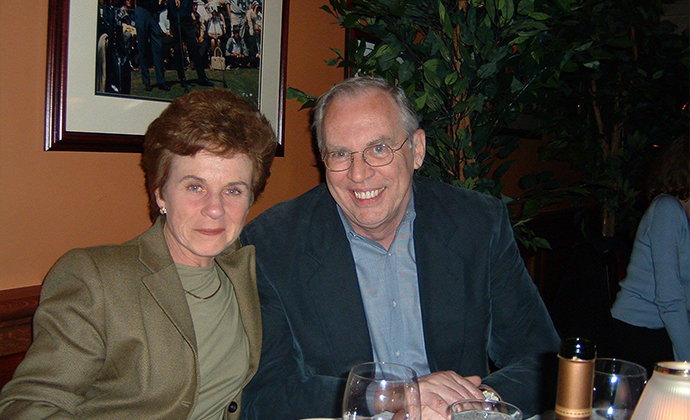 This weekend, we received the sad news that John Cahill, CHTP has passed away. John was a significant and active member of the HFTP family, including an HFTP Global Past President, inductee to the HFTP International Hospitality Technology Hall of Fame and an HFTP Paragon Award recipient. He was a great influencer in building the technology arm  of our association. Here is my small tribute to John: A long, long time ago
As I recall now
John Cahill went the extra mile
He knew that given a chance
He could unite technology and finance
And help those in hospitality smile.

I quickly thought of Oma
His beautiful and loving bride
Thought about our industry
And how much more technology can provide
I realized deep inside
That today would be the day hospitality cried.*

In challenging times, there are few things that can provide solace to an individual, to families, to mentees or to an industry. However, John Cahill, CHTP had the uncanny ability to do that very thing. From shots being fired at him to being present in a country whose leader was assassinated and whom he had just met with hours before, from the reorganization of a company to the horrible events of 9/11, John was a rock. No matter how deep I reach and no matter how many of those whose comments I have seen, there is no one that can offer the solace that the hospitality industry needs right now. Hospitality includes many legends, icons, paragons and just great people. John Cahill was all of those types of people and many more. As a pillar of HFTP (and in the beginning IAHA), John brought ideas and concepts to our association that were merged into the successful organization that we are today. He leaves an enormous legacy to the world and to his family. John always thought that it was paramount that HFTP represent both segments of our organization and worked toward that goal.

John had many dreams and with Aileen at his side was able to see them come to fruition. However, there was one thing that he wished would have been different. Since he was from the technology side of the industry, he always said that the “T” for technology should have been put in our name before the “F” for Finance. He always teased that it just wasn’t fair that finance was first because of the alphabet.

So for the next 24 hours in John Cahills honor, the “T” will come before the “F”.

Based on inspiration from Don Mclean* Frank Wolfe, CAE, is the CEO of HFTP and an inductee into the International Hospitality Technology Hall of Fame and a Paragon Award winner. He often speaks on hospitality and travel related issues. He is an author, speaker and an advocate of careers in hospitality technology or finance. E-mail: frank.wolfe@hftp.org Twitter @frankwolfe. Or Facebook: Frank I. Wolfe.