Home Global Discussion of Hospitality Technology Across the Atlantic 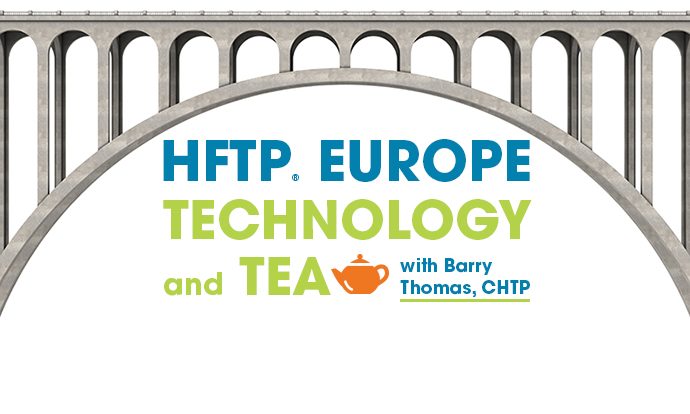 Cyber HITEC featured a new virtual session this year that built a bridge across the Atlantic Ocean and brought together two regions separated by a common language. This engaging session was called the “HFTP Europe: Technology and Tea” Hangout, and featured an interview-style discussion between me, this year’s HFTP Paragon Award-winner Ian Millar, CHTP and hospitality technology executive Barry Thomas, CHTP.

Barry has undergone a significant amount of transition recently, and I am not just referring to the upending global pandemic that has impacted all of our lives. Barry recently moved from the U.K. to Los Angeles in August 2018 to assume the role of corporate director of IT, Americas with Rosewood Hotels. He has since gone on to lead Rosewood Hotel’s global property technology team.

We asked him what it was like to have to unexpectedly pivot the entire education program for HITEC to a virtual format. “Well, I thought I broke HITEC,” he said with a laugh. “My first year on the U.S. HITEC, and we had to postpone it for the first time ever in 48 years. I’m not taking full responsibility… but it may have been said I broke HITEC.”

Then, in all seriousness: “Everyone at HFTP has done an amazing job at putting this event on. Justin [the advisory council chair] and I are here to assist this process with the education sessions, and the whole HITEC Advisory Council has been great.”

The entire interview is well worth your time to watch, and it is now available online. We asked Barry many questions about his transition to the U.S., what the differences are between the two regions, advice he has for other professionals or companies wanting to make such a big move, and so much more. Here are some of the highlights from our lively discussion.

You can also learn more about Barry by reading his in-depth leadership profile featured on the Cyber HITEC Special Report platform, sponsored by Oracle Hospitality.

Then, the pandemic hits. Here you are in a foreign country – how did you manage the change in work practices?

Barry: This year has been a bit of a reset year for us. We have spent a lot of time working on standards. We have 20+ hotels to open within the next three years. We cannot open that amount of hotels without those standards in place. We have spent the past year revising and redefining our global standards for all things, from guestroom technology to engineering systems to core applications. We have our designed standards that have been updated, as well, that were issued to ownership groups from when we engage with them prior to signing the management agreement.

The good thing I have seen here is that IT has been involved from day one. We are involved from design development through schematic design construction, we are reviewing drawings – all the way through a project. My team’s involvement probably starts three to four years before a hotel opens. We have a great partnership with all of our owners; we work and collaborate with them closely as we develop the design for the hotel. And, our standards are part of that.

The standards may evolve over time. We want to deliver the best technology to our guests. This would be the most up-to-date to provide the best value for the ownership. So, it’s really about [having] that balance.

Barry also looks on the bright side of now having to work from home.

It does save me about three hours a day sitting in traffic commuting to work in Los Angeles.

His advice for companies wanting to make the move from Europe to the U.S. or vice versa:

It’s all about the network. You need to do your homework. You may have the best product around, but if people don’t know about it, it will be difficult to get it out into the market and into people’s hands. So, understand what the requirements are – things work slightly differently [in each country].

The nature of our industry … Everyone knows everyone. From a vendor perspective, when we look at new technologies, we tend to go to our peers: “Has anyone heard of this company? Is anyone using [their product]? What are your thoughts on it?” I think it’s very much about relationship-building, and then start unveiling the products.

How did HFTP help in the transition to build a new network in the U.S.?

Barry: HFTP has been pivotal in this for me. Within the first couple of weeks of moving here, I was invited to join the HITEC Europe Advisory Council. That led to us meeting in Orlando a few months later to start arranging the education sessions for the main HITEC. At that point, I met with 15 to 20 industry experts and started re-building my network over here. For the last five years, HFTP has allowed me to grow and develop my professional network. And some of these people I now consider friends. Having HFTP to support me through this move has really benefited me.

The other benefit was staying with Rosewood. If I had changed jobs and moved companies and made the same move, I think it would have been a lot more difficult of a transition. I knew everyone within Rosewood, I had the support of Rosewood during this time – so, from a job perspective, the transition was made easy by the company. From a network perspective, HFTP really did support that and help me through that.

Barry explained the value of earning his CHTP designation through the association, following a global initiative by Rosewood Hotels to certify all of their IT managers.

Going through that process [of earning my CHTP] was the best education I have done. It is the best certification I hold. I honestly feel that the CHTP is more valuable than an MCSE, or an Azure certification – because it really got me to understand the hotel. Before, I was an IT guy working in a hotel; the CHTP helped me become a hotel guy working in IT. It allows you to understand the operation of a hotel, and how technology influences and impacts that.

Something we want all of our IT managers and directors to do now is to be business partners to the hotels. We are not looking for people who are going to sit in server rooms all day and fix stuff. We want our team to be collaborators with the different divisional leaders. I feel that the CHTP helped us do that; because we are not just looking at technical requirements. We are looking very much at the [overall] impact that technology plays [throughout the hotel].

Finally, what may have been the most important question of all…
Bacon sandwich: ketchup or brown sauce?

If you really want to know, the overwhelming response taking place in the chat that day was: “brown” sauce, also known as “HP sauce.” In the U.S., the nearest equivalent might be A1.

This is a peculiarly British custom – our (proper) bacon sandwich is important to us, and the decision of “added sauce” is a real “lifestyle choice.” (Australians should note that BBQ sauce is NOT an option here.)

This session was kindly sponsored by Keystep Solutions. 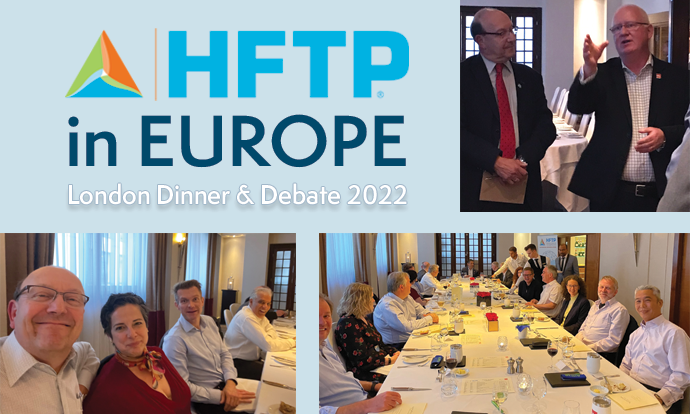 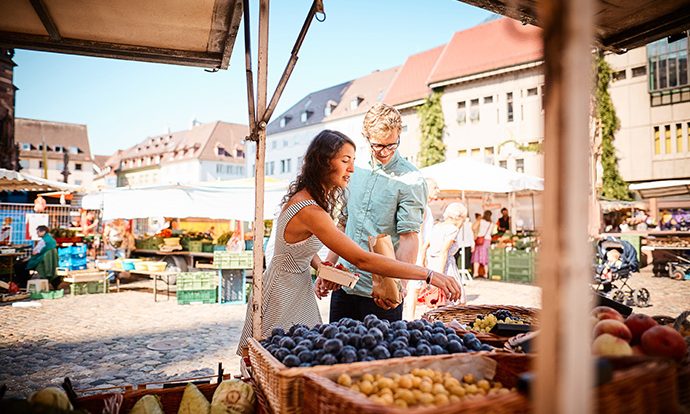 Discussions Must Continue as Europe Moves to Reopen Travel, Tourism and Hospitality 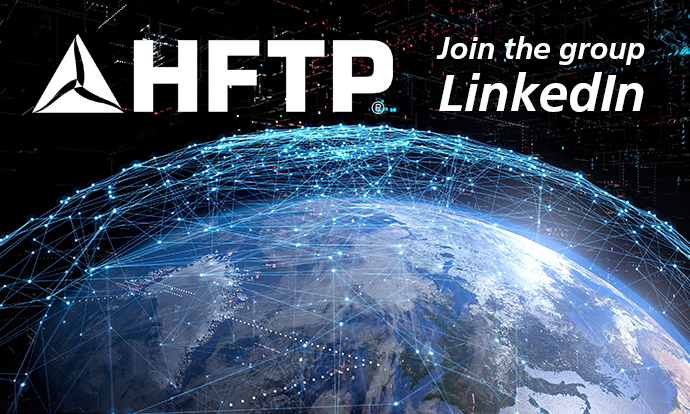 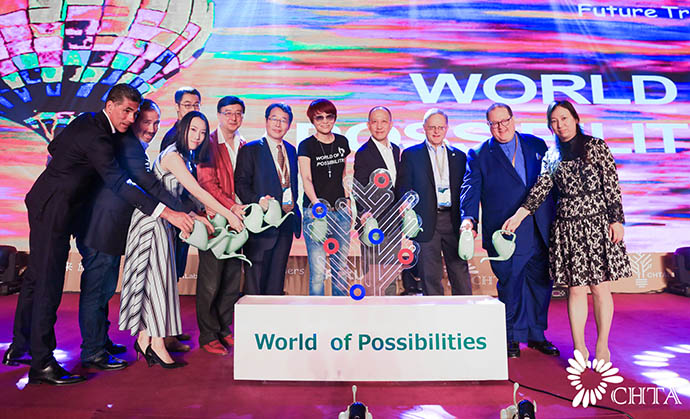 CHTA Disruptive 2018: Thoughts Collected from a World of Possibilities 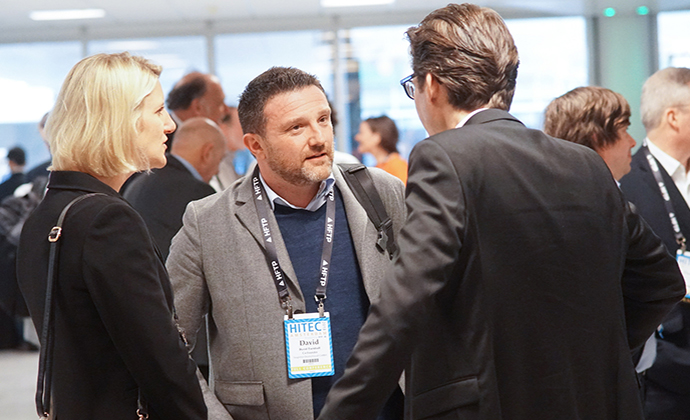 HITEC Amsterdam 2018: Why I Will Definitely Be Back 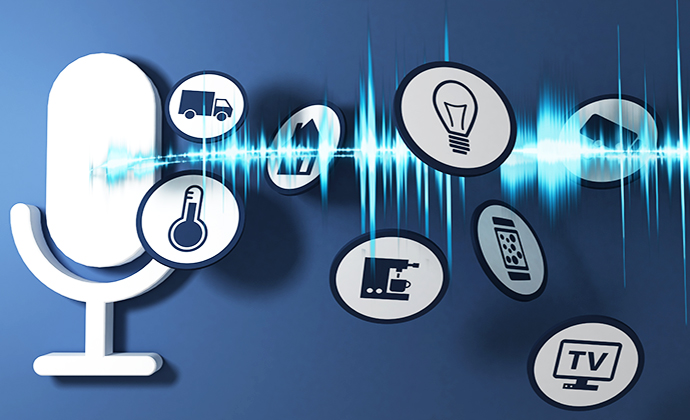