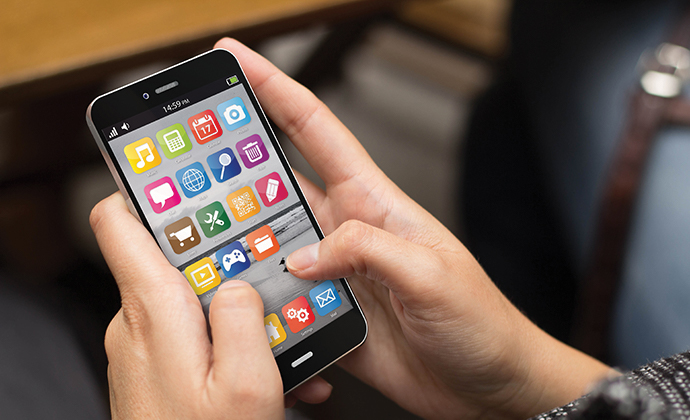 Are apps dead? This was a question presented during a session on mobile applications at HITEC Toronto 2017. Between upgrades to phone operating systems and the rapid marketplace acceptance of voice operated technology, some in the press have declared that 2017 will be the end of apps as we know them. Additionally, it is predicted that by 2020, 82 percent of mobile devices will have some sort of speech recognition technology. Are these two trends related, and what do they mean for hospitality?

First, let’s look at phone apps. A 2014 survey of smartphone users in the United Kingdom found that approximately a third of the participants were no longer downloading new apps to their phones, largely because they are happy with the apps they already have. In 2017, nearly half of smartphone users in the United States said they download zero apps each month. People typically use their favorite apps, about 10, every day, and 95 percent of users stop using an app within ninety days of downloading it. Some apps no longer work with updates to the phones operating system, leaving open the question, will users seek an updated version or simply delete it. For hospitality companies, apps must be relevant to our users and work with their operating systems in order for our guests to keep these apps on their phones.

Voice activated technology, particularly a voice activated hub for the home, has gained rapid marketplace acceptance. Amazon Echo is the current leader in the market, with Google Home close behind; Apple’s gamble on the Apple TV as a hub for the smart home did not pay off, and they are in the process of creating a Siri-based home device. The “zero-user” interface of home hubs has been cited as the secret to their success unlike the more cumbersome Apple-TV interface. Indeed, it has been estimated that 50 percent of all consumers will be using voice-activated technology by 2025. Marketers are being encouraged to plan for this “post-mobile world”. As hotels begin to invest more heavily into technology, from keyless entry for guest rooms to robots making deliveries, what will the shift to voice activated technology mean for hotels? Companies like OpenKey have invested heavily in creating hotel technology linked to the smartphone, including concierge services and TV control. Yet hotels have begun to explore voice activated technology. Marriott has been weighing the benefits of both Amazon’s Echo and Apple’s Siri for their hotels. The Wynn Las Vegas added the Amazon Dot to its guest rooms to control lights, temperature and television at the end of 2016. Best Western followed suit and announced in June 2017 that they would launch the Amazon Dot in guest rooms as voice activated clock/radios that give wake-up calls and weather forecasts. At the Four Seasons in Washington, you can ask Alexa for the weather, and the Clarion Hotel Amaranten has Alexa fully incorporated in its suites. Beyond their current adaption, academic researchers have examined how voice-activated technology can help individuals with disabilities in their homes, and this is an intriguing possibility for ADA rooms in hotels.

Some hoteliers, however, have expressed hesitation. If your smartphone has a voice activated assistant, do guests really want another one in the hotel room? There could be noise and privacy issues when guests are voice controlling their devices, and guests in the hallways could call out false commands. As their usefulness expands beyond simple controls like wake-up calls and changing the channel, how will this effect an already overtaxed hotel bandwidth? While a survey found that 59 percent of guests said a digital assistant would enhance their stay, 50 percent of guests said that a robot would not enhance their stay and 42 percent said that restaurant suggestions made to enhance their health would be intrusive. Added to these issues are privacy concerns regarding voice-activated hubs, like how much is being recorded, who can access it and where is the information stored. The expense of adding these devices is another concern for hospitality operators.

Amanda Mapel Belarmino is a Ph.D. candidate at the Conrad N. Hilton College of Hotel and Restaurant Management at the University of Houston. Her research areas include revenue management and peer-to-peer accommodations, and she had published peer reviews articles in Current Issues in Tourism and The International Journal of Contemporary Hospitality Management. Her undergraduate degree is in hotel administration from Cornell University, and her Masters of Science is in hospitality management from the University of Houston. She has 20 years of management experience is casinos, hotels and restaurants, including positions with the Arizona Biltmore, Caesar’s Entertainment, Hyatt Hotels and McAlister’s Deli.