Home Awards And the 2019 HFTP Paragon Award Goes to… 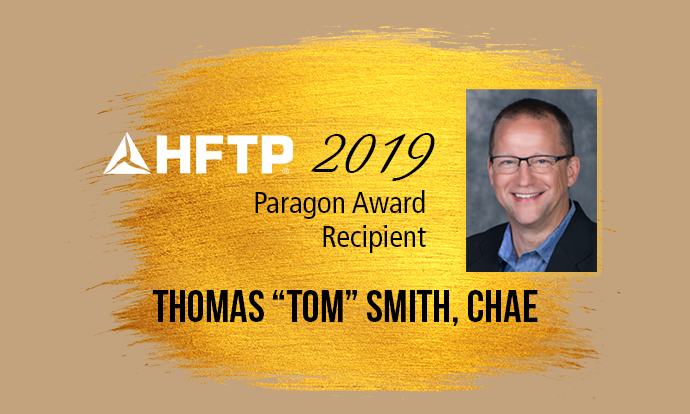 Anyone who knows Thomas (“Tom”) Smith, CHAE knows that he loves his Green Bay Packers, his family, volleyball and dancing. They also know that he puts his heart and soul into everything he does — and that includes his long-standing membership with Hospitality Financial and Technology Professionals (HFTP). That is why he has justly earned HFTP’s 2019 Paragon Award, in recognition of his significant contributions to the association.

The Paragon Award recognizes the dedication and lasting impact of hospitality leaders within the association. This prestigious award will be presented to Smith during the HFTP 2019 Annual Convention, taking place October 23–25 at the Rosen Centre Hotel in Orlando, Florida.

Smith has served HFTP in countless capacities — on the HFTP Global Board of Directors and the HFTP Global Executive Committee, as well as local HFTP chapters, advisory councils, task forces and more. During his time as HFTP Global president more than 10 years ago, Smith’s responsibilities took him across the globe. Under his leadership, HFTP launched its ProLinks webinars education initiative, collaborated on a new edition of the Uniform System of Financial Reporting for Clubs (USFRC), and created the Club Technology Task Force.

He recounts his most memorable experiences as HFTP Global president involved his visits to numerous HFTP chapters. “Like many of us, my path to HFTP leadership started with my own chapter,” says Smith. “It was the useful knowledge base from fellow members that drew me in, but it was the general sense of camaraderie that kept me renewing my membership.”

On this local level, Smith is an active member of the HFTP Florida Gulf Coast Chapter. He has also been involved in the Atlanta Chapter in Georgia and the Greater Milwaukee Chapter in Wisconsin, where he served as president twice.

He is actively involved in the HFTP Chapter Relations Council and Club Advisory Council, and he has previously served on many others including the 2019 Strategic Task Force, the Strategic Planning Committee, and the Article Review Advisory Council.

Smith has also shared his knowledge and expertise as an educational speaker on ethics and club industry hot topics at several HFTP Global events including the HFTP Club and Hotel Controllers Conference, the HFTP Club Summit and the HFTP Annual Convention.

Says fellow HFTP member Philip Newman, CPA of Smith: “From his roles at a chapter level all the way through to his time as HFTP Global president and beyond, Tom has displayed a level of enthusiasm and expertise that elevates him to the status of a true industry leader.”

Smith epitomizes leadership, and he has more than 30 years of experience to prove it. He first knew he wanted to work in the hospitality industry after taking a job as a server at the Oconomowoc Lake Club, where he really enjoyed the service aspect of the business. He quickly escalated through the ranks there as bartender, head waiter and bar manager — before moving into finance as comptroller and, finally, director of finance and administration.

From there, Smith moved on to become chief financial officer for the Ozaukee Country Club and the Westmoor Country Club, vice president of marketing/private club division for IBS Club Software, and finally to where he is today — chief business officer at the Imperial Golf Club in Naples, Florida.

“HFTP first started out as a safe place for me,” says Smith of his decision to belong to the association. “Colleagues that knew what I was going through and that I could learn from without judgment — that was worth the cost of membership. But after getting involved in the leadership of the chapter and later the Global board, the benefits increased tenfold.

“HFTP has had a huge effect on my career, as well as my personal life,” says Smith. “As a member from a small Midwestern yacht club with limited resources, HFTP has given me the opportunity to expand my knowledge and grow in confidence. I never would have believed I would become a public speaker or the president of a global organization. HFTP staff and fellow members helped nudge me down this path that I have so enjoyed for the last 30 years.”

For many HFTP members, Smith has had the same impact on them, and on the entire hospitality industry, as well.

“Tom has been a selfless leader for this association,” says Daniel Conti, Jr., HFTP Global past president. “He feels that it is his duty to welcome and assist those that have come behind him. Whether it is somebody new to the industry who he helps mentor and guide, to developing chapters and encouraging global leaders to do more. He is one of the main reasons that I got involved and eventually became Global president myself.”

“Tom’s energy and enthusiasm for HFTP knows no boundaries, and overall, the hospitality industry has been the beneficiary of his dedication,” says Wendy Zurstadt, CHAE, CPA, CAM, an HFTP Global past president and Paragon Award recipient herself.

“He has challenged us, he has enlightened us, and he has embraced us.” A fitting coda to a tribute for someone who exemplifies the spirit of the HFTP Paragon Award. 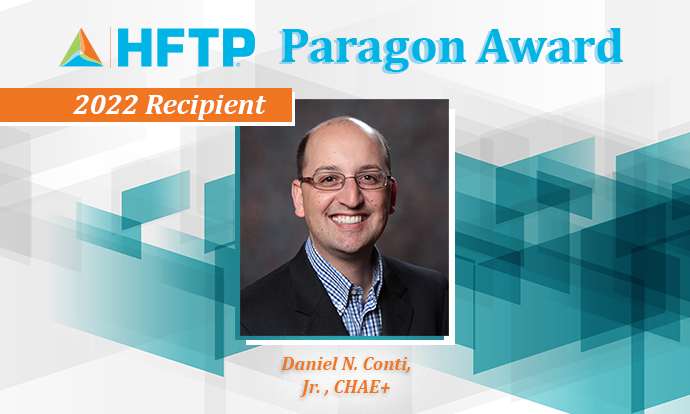 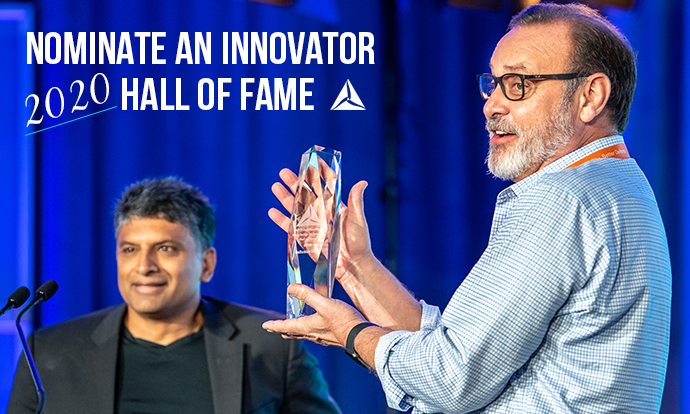 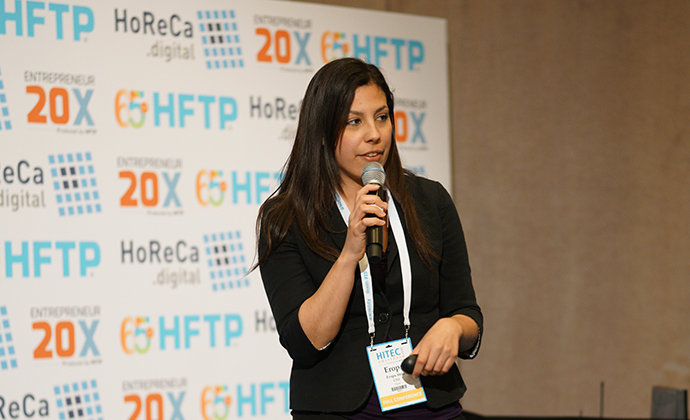 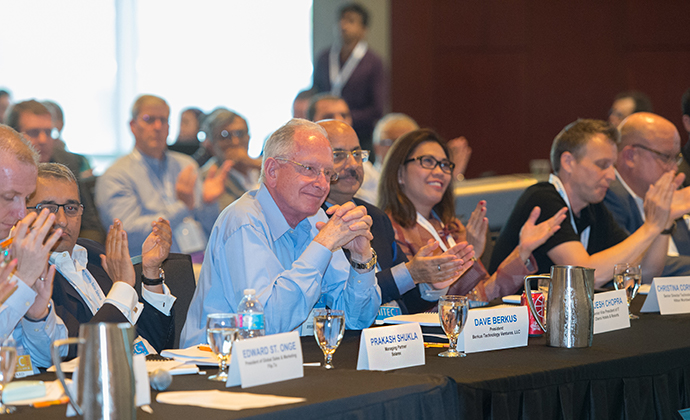 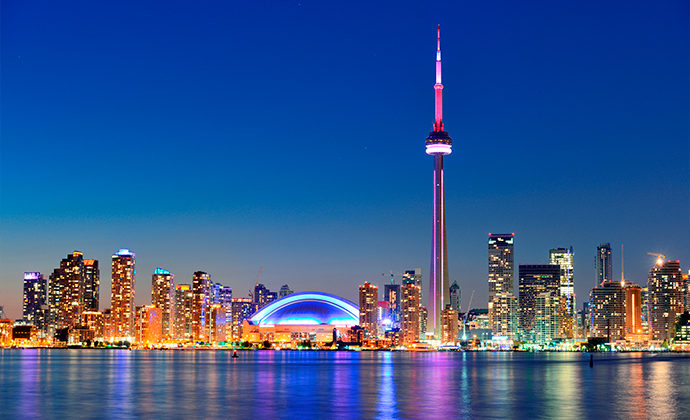 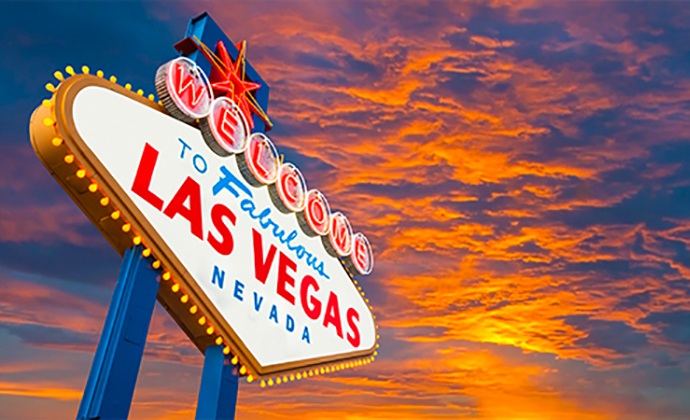