Home Blog Readers Beware: “Let Me Tell You About a Great Opportunity” 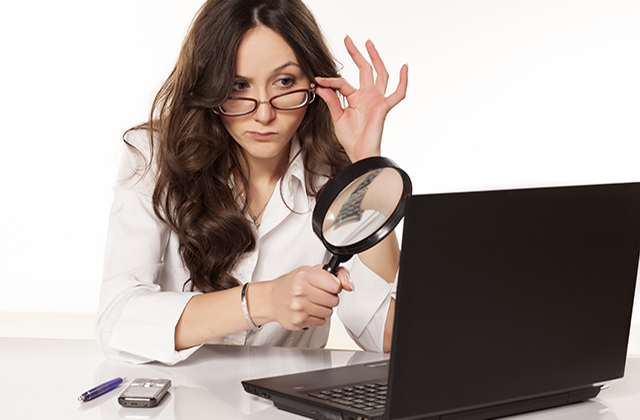 As chief operations officer for HFTP, I am tasked with responding to inquiries from our stakeholders, in regards to the validity of solicitations they receive that contain HFTP’s name or event names. During my tenure here, these inquiries have become more frequent over time. While they used to trickle in occasionally right before a big event, now they seem to arrive on an almost-weekly basis.

You may be wondering: What exactly is the problem? Let me provide a few scenarios.

As recently as this week, a stakeholder emailed me with a solicitation they had received, offering to sell them the list for an HFTP 2018 conference —which has not even taken place yet.

The offending company that sent the email also has a website with a catalog of events and lists they claim to sell. Sure, they include a disclaimer stating that they “reverse engineer” the list (meaning they contact potential attendees to confirm attendance, and use any affirmative responses to thereby build their list)… but who reads that fine print?

Suitcasing is the act of soliciting business outside of exhibit or other public spaces during an event. A non-approved vendor promotes their product or service under the pretense they are exhibiting at the event or providing a service as an approved vendor.

During HFTP events, these suitcasers and non-approved vendors have reached out to the association’s stakeholders to arrange meetings and product demonstrations in public meeting areas. Some go as far as scheduling demonstrations in their hotel rooms.

While HFTP encourages networking at all of its events, the issue here is that some of these vendors use the association’s protected name and/or logo to give credibility to their solicitations — which they are not legally allowed to do.

A housing pirate is an unauthorized housing provider that often claims a vague affiliation with a conference and offers reduced rates to attendees. In the past few weeks, unauthorized housing companies have not only sent emails — they have also started calling, too, stating they are calling on behalf of HFTP regarding housing.

The only housing bureaus associated with HFTP events can be found listed on the association’s event websites.

There are so many concerns in all of these scenarios. Most of these non-approved vendors are not legitimate organizations. There have been stories reported to us of stakeholders providing their credit card information to a vendor to reserve a room or purchase a product — only to arrive at the hotel and find that a room was never reserved, or their product was never delivered.

HFTP has acquired significant, valuable and protected rights through our continued use of service marks, HFTP® and HITEC®. Only authorized partners and exhibitors may use HFTP’s intellectual property and logos. HFTP publishes approved exhibitors and service providers on all of its event websites.

Ultimately, non-approved vendors damage the overall success and reputation of HFTP events for all involved. If HFTP is notified, we contact these companies to inform them of their unauthorized use of the association’s intellectual property.

What Should I Do if I Receive a Suspicious Solicitation?

If you receive a questionable inquiry regarding a product or service for an HFTP event, please continue to forward these to HFTP. They may be sent to Lucinda.Hart@hftp.org. You can also call +1 (512) 220-4020 with any questions or concerns.

As the old saying goes, “If it sounds too good to be true, it probably is.”