Home Blog Steven Stout, CAE, the Definition of a Professional, Leaves HFTP with Contributions That Will Have Lasting Impact 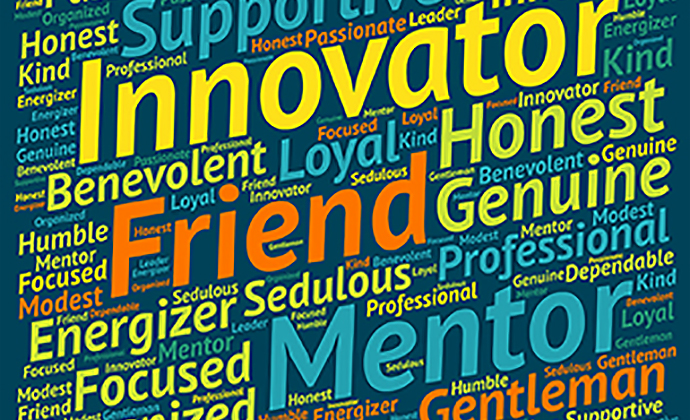 During my 25 years at HFTP®, I have had several very proud moments as the leader of my team. One was watching Lucinda Hart, CAE, MBA, who came to us with limited education, receive her MBA and become one of the most well-respected association executives in Texas, helping break the glass ceiling for women. Another is seeing Thomas Atzenhofer, CPA, an auditor and CPA with limited speaking skills, sit at a table of globally-recognized hotel company CFO-types and presenting to them without blinking an eye. Charlotte Sommers left us to start her own successful company. Fellow East Tennessee State University (ETSU) alumni and pro golfer Bryan Wood “grew up” in HFTP to become one of the most successful membership directors in association management. I am proud to have seen Eliza Selig win media awards on behalf of HFTP, and also represent HFTP in a podcast flawlessly. Celina Mendieta, CMP, DES, who came to us as a relatively shy meeting planner not only receive her Certified Meeting Planner designation, but also volunteered to take on tasks (and succeed at them) that were initially out of her comfort zone. Jennifer Lee, CAE, a former CVB executive, took on the marketing of the greatest show in the world and succeeded. Linnet Baskett has worked with so many committees and planned so many incredible events.

Even my stepson, Niles, (an HFTP summer intern) sent me a text one day with the message: “So Frank, what do you think about a career in hospitality?” – my heart missed a beat! Fritz Johnson, who left and then came back to HFTP, adopted not only one beautiful young child, but four of them. Frank Garza became one of the most outgoing accountants on record with his quick wit and determination to become a “fit” accountant. And for me personally, was winning the HFTP Paragon Award and being inducted into the HFTP International Hospitality Technology Hall of Fame. This is a very long list, and I could never list all of these moments because HFTP has been blessed with a long list of awesome individuals that have made us the great organization that we are today.

So, it is bittersweet that with all of these other proud moments, one of my PROUDEST moments happened last week when Steven Stout, CAE, was hired as the executive director of the Texas Society of Association Executives (TSAE). Becoming the executive director of TSAE is one of the most coveted positions in association management and from my understanding, Steven “smoked” the competition. I can’t really paint a picture for those of you who are not in the association management field, but it’s similar to being the general manager of the most exclusive hotel or country club. For those of you who may not know Steven, he has been with HFTP for 14 years. He started as an entry level staff member and within a short period became the board liaison and my assistant. Steven has always had innovative ideas, pushed the boundaries, been an example of what a dedicated staff member looks like, and when you google “ideal employee,” Steven Stout will be one of the responses. Over his tenure he has worked tirelessly for HFTP, not for the money, but for the love of the industry and our membership.

To give you one example of Steven’s determination and positive “can do” attitude, I offer a story about the start of the Guestroom20x initiative in 2006. After months of planning and preparation, Steven and I traveled to Orlando to meet with the Guestroom 20x planning council. Both of us were excited and a bit apprehensive, but were confident that we were on the right track. We were totally wrong! After all of this work, the council wanted us to take a new approach… with about 30 days until HITEC®. It was a long drive back to the airport, but being the trooper Steven is, he embraced the challenge. Steven implemented the suggestions, worked about 20 hours a day for the next 30 days and, using almost sheer will power and the support of the HFTP staff, made Guestroom 20X an enormous success.

Steven’s departure to TSAE is a short term disadvantage for HFTP. However, he has helped us build such a solid foundation and successful organization, his departure will only challenge us to do better. After all, for those who have had the privilege to work with Steven, no one dares to let his work go to waste. So in the tradition of HFTP, we are all rolling up our sleeves and getting to work to ensure that HFTP’s mission is not interrupted.

I asked a number of staff, members and friends of Steven to describe him with one or two words, and used them to create a word cloud. It turned out to be an exceptional testament to Steven’s efforts. Just last night, we held a staff event to honor Steven and presented him with this framed word cloud:

Personal note to Steven: You have touched many lives, made many smiles, disrupted many notions, tested boundaries, helped to make HITEC, HITEC, and made us all better by knowing you. God Speed!

Frank Wolfe, CAE, is the CEO of HFTP and an inductee into the International Hospitality Technology Hall of Fame and an HFTP Paragon Award winner. He often speaks on hospitality and travel related issues. He is an author, speaker and an advocate of careers in hospitality technology or finance. E-mail: frank.wolfe@hftp.org Twitter@frankwolfe. Or Facebook: Frank I. Wolfe.