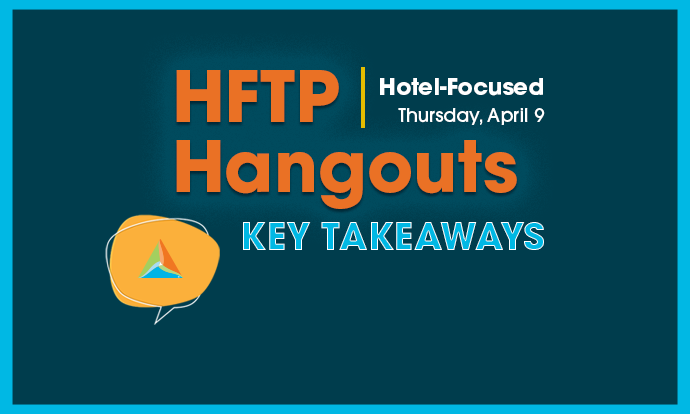 Hotel industries across the world have endured plummeting downturns in room occupancy and staffing, and the worst may not yet be in the rear-view mirror. As we take stock of our losses to date, it is clearly going to be a winding and uncertain road ahead to recovery. To understand more of what this road might look like, HFTP turns to the experts like Jamie Lane, senior director, economics and forecasting at CBRE, who moderated the hotel-focused HFTP Hangout on Thursday, April 9.

During this Hangout session, Lane walked attendees through a baseline recovery model built by CBRE, as well as a range of different recovery scenarios designed to contemplate many different assumptions they have made about this unprecedented economic situation.

There were several key takeaways from Lane’s session that showed us what the road to recovery might look like:

Look to the recovery patterns of other regions.

It helps to start by looking at the data coming in from China, Italy and Spain — three regions hit hard by the coronavirus prior to the United States. Once they experienced their peak rates of infections and deaths, occupancy appeared to make its come-back, even before official lock-downs were removed.

Infection rates in China peaked around mid-February. Based on these models, the United States would hit its peak at the end of April. Given the time period is usually 8-12 weeks after that peak for infection numbers to be low enough to ease social distancing restrictions, the recovery time frame and rising occupancy levels is placed at June or July.

There can be the possibility of trying to return to normal too soon: Italy experienced an interesting period of rapidly wavering uncertainty, where infection rates would go up and down as cities attempted to relieve lock-down measures, only to put them back into place as infection rates spiked.

Over the past four weeks, we have seen the U.S. unemployment numbers balloon to over 15 million jobs lost. The current forecast shows that as many as 27 million jobs may be lost by the end of the second quarter in 2020, sending the nation’s unemployment rate to the highest by far since the Great Depression.

These lay-offs have disproportionately affected hotels and hotel companies, which accelerated in the industry back in mid-March. Average staffing is down approximately 72 percent in full-service properties, with a staggering 90 percent decline among resort hotels. Many properties have either closed down completely, or they are operating with skeleton crews to reduce their profit losses as much as possible.

Once in recovery mode, hiring should follow trends seen in hotel occupancy. With a renewed demand for cleaning rooms and staffing properties, businesses will recruit staff accordingly.

The “wild card” in all this is the Paycheck Protection Program (PPP), a loan program that encourages hotels to re-staff properties by a certain date in order to receive loan forgiveness. The projection for hotels to be back at full staffing levels is currently in mid-June in order to have the entire loan covered.

The American Hotel & Lodging Association (AHLA) is working to push that date back, expecting that hotels will be unable to return to full staffing levels by then, due to extreme restrictions on movement and travel.

According to Oxford Economics, approximately half of all jobs lost should be gained back by the end of the year, while pre-COVID-19 employment levels should return by the end of 2021. Hiring should bounce back quickly right along with occupancy levels.

What does impact, recovery look like across the industry?

Across the United States right now everyone is feeling pain, but it is felt more so in the urban and resort markets compared to rural and mid-economy markets. U.S. cities like Las Vegas that have greater economic shares of the leisure, travel and entertainment sectors will experience a more prolonged impact than other, more diversified cities who will see a quicker recovery.

There is little historical precedent for predicting our return to peak occupancy. During SARS, it took 14 months to get back to pre-event demand levels. By comparison, during the 2008 economic crash, it only took 6-7 months to make that level of progress.

There are many factors that contribute to the potential return of various hotel segments.

As of two weeks ago, the market with the highest occupancy level worldwide is Wuhan, China — the original epicenter of the virus. The city was operating at above 70 percent occupancy levels even while the city was still on lock-down.

This speaks to new sources of demand, as these hotels house medical workers and essential personnel, and as they create new contracts with local hospitals or the city to house these populations.

Wuhan has also seen a surge in food and beverage (F&B) demand since lifting their lock-down, otherwise called “retaliatory consumption” that might also be experienced in the United States.

Hotels will have key opportunities to similarly induce demand and adapt their properties to a new guest experience by improving the way they clean and maintain properties. Investments in new technologies and sanitation practices will be necessary to make customers feel more comfortable returning to hotels.

The first type of travel to resurface will be domestic leisure travel. After all of these weeks shut up in our houses, many of us will take to our cars and drive to the beach once infection rates go down and social distancing restrictions are lifted.

Finally, perhaps by late summer or early fall, we may start to see group and international travel start up again — and possibly even much longer.

When it comes to international travel, it is important to note that the curves are very different across the various countries. It would require not only the U.S. government, but also the governments of other countries, to feel comfortable with their infection rates before letting flights from other countries in.

Both inbound and outbound travel should follow very similar trends; for example, between the United States and the United Kingdom. If case numbers are reduced to nearly zero in both countries, we may see travel between them open up earlier than with other countries still experiencing higher infection rates.

In the end, it is ultimately up to science to solve it.

Restrictions on travel are one thing — the fear to travel is another. Corporations and even many individuals are likely to be much more risk-adverse than their governments. In the beginning of the crisis, corporations took the first step to reduce travel in an effort to protect their staff before official travel restrictions took place. There will probably also be expectations of continued social distancing long after official restrictions are lifted.

Solving the issue around the possibility of infection is going to be crucial. Until we see significant advancements being made medically, whether in regards to immunity, vaccination or other forms of protection, people may not be comfortable with returning to the travel or hotel stays of the past.

HFTP is hosting these live, interactive Zoom meetings three times a week — Tuesday, Wednesday, Thursday — in April at 2:00 p.m. CT. Be sure to bring your questions for the expert moderators to address. Sign up to attend.

Briana Gilmore is the HFTP Communications Coordinator. Briana can be reached at Briana.Gilmore@hftp.org or +1 (512) 220-4017. 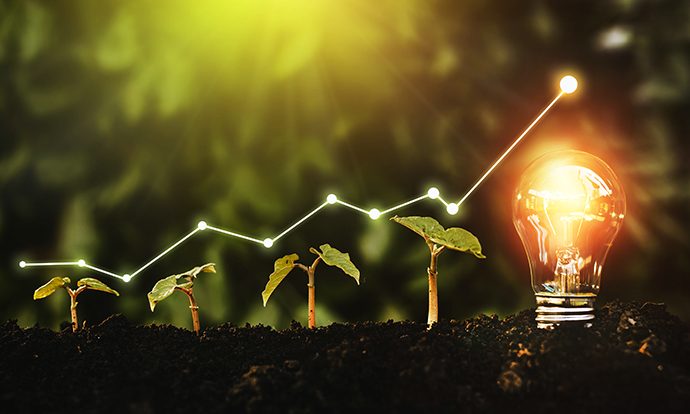 Post-Covid Sustainability: How Hotels Can Maximize Opportunity While Keeping Costs Down 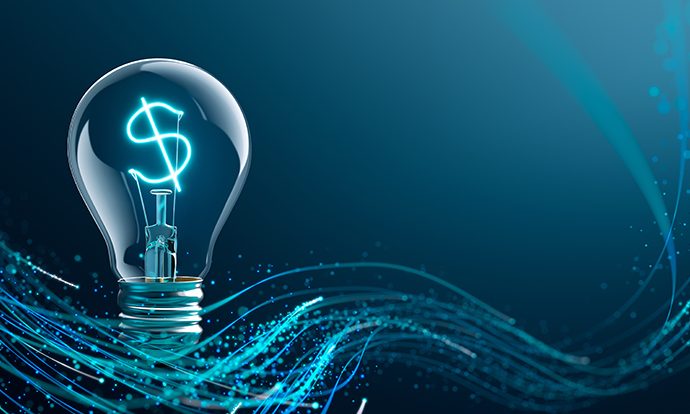 The Challenges Faced by CFOs: How to Clearly Communicate When the Future Is Not Clear 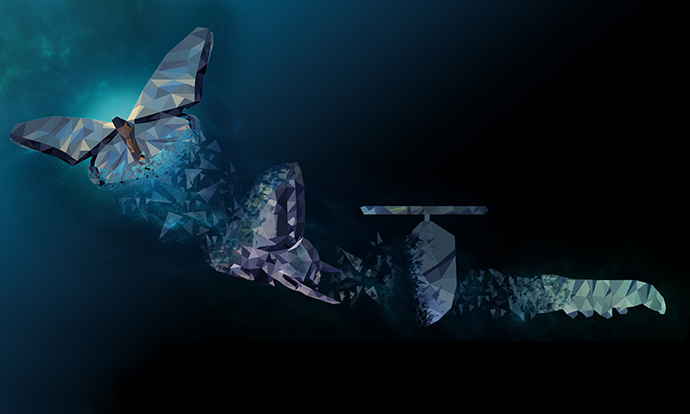 Embracing Change: Lessons Learned During a Pandemic that Has Changed Hospitality 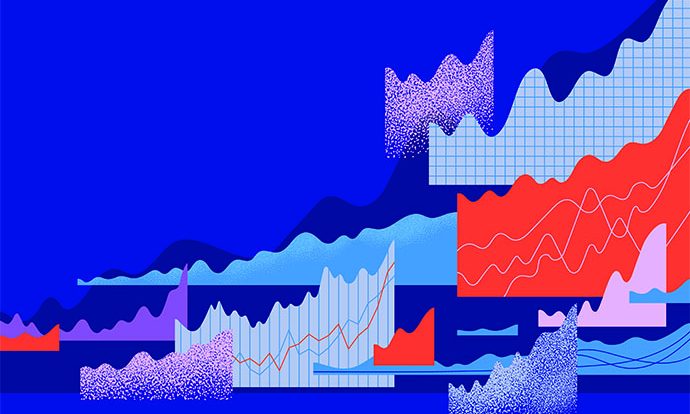 No Need to Be Depressed: Uplifting Revenue Management Tips When Revenue Is Down

Selecting the Right Industry Standards for Your Property