Home Blog Will Blockchain Technology put Airbnb, Expedia and Priceline Out of Business? 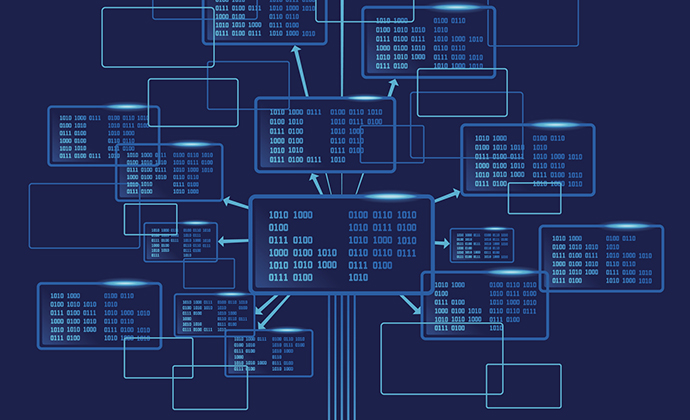 Last month at HITEC Toronto, it would seem that HFTP put Blockchain Technology (BT) right in the middle of hospitality’s radar. After some well-received education sessions and an announcement by HFTP that an industry taskforce on the subject was being organized, the “blockchain buzz” began in earnest. Here are some of the points that the industry audience should find useful.

What is Blockchain Technology?

Don and Alex Tapscott, the father and son co-founders of the Blockchain Research Institute, describe it as, “The blockchain is an incorruptible digital ledger of economic transactions that can be programmed to record not just financial transactions, but virtually everything of value.”

Both Don and Alex have been well-received keynote speakers for HFTP; and in fact, Alex was the Tuesday morning keynote at HITEC Toronto last month. But their area of expertise is complicated; and in an attempt to interpret the above statement for our industry, I offer the following:

Picture if you will that you are the CXO of a major travel enterprise with thousands of spreadsheets containing thousands of financial transactions that are duplicated at each one of your locations. Then picture that the decentralized network is designed to regularly update the all of the spreadsheets at all of the locations. This is the basics of a blockchain.
Is BT something for hospitality to be concerned about or is it just another Y2K?

BT is actually the technology behind cryptocurrency (altcoin), the most widely known of which seem to be Bitcoin and Ethereum. It is real, “in play” and it is something people are already spending billions of dollars on. But, it is highly controversial and has generated a firestorm of headlines… good and bad.

Since HITEC Toronto, HFTP has been contacted by a lot of industry VIPs who want to be involved with us because they believe its impact is going to disrupt the industry. Conversely, other VIPs in the industry were totally unaware of BT and some contacts have said BT is like Y2K.

So with that disclosure, according to a recent interview published in SKIFT, Fritz Joussen, CEO of TUI Group says “It will be very difficult for intermediaries to have sustainable business cases. These platforms [travel intermediaries] build reach by spending billions on advertising, and then they create monopolistic margins on top of what they have as sales and marketing. They do offer great sales and marketing. Booking.com is a great brand, but they create superior margins because they have monopolistic structures. Blockchain destroys this.” Later in the same article, Joussen goes on to explain that his vision of blockchain was a key reason TUI sold Hotelbeds last year for $1.2 billion, moving TUI out of the role of business-to-business intermediary, which he believes blockchain can easily replace.

Will BT Put Airbnb, Expedia and Priceline Out of Business?

Research would indicate that if BT catches on as predicted, it will change the business model of anyone in the transaction business. But unless these companies don’t adapt to the market, they are not going to go away. The good news, unless you are an intermediary, is that any time that a customer and supplier can cut out all or part of an intermediary in the transaction process, it should increase money in one or both digital wallets. HFTP is a small company and our transaction fees for currency conversion and credit card processing are HUGE… imagine if your enterprise could erase even a fraction of these due to BT.

Another benefit to BT is that it is continually updated, reconciled and stored in decentralized locations. This makes records transparent and auditable because the transactions cannot be changed in just one place and the network has to “agree” to changes. If this proves to be true, hacking will be virtually impossible.

Why is HFTP Creating an Industry Task Force and What is it Going to Do?

One of the things that makes HFTP a bit different is that the association represents a very wide group of verticals. These include entities that provide a hospitality experience to its guests, members or visitors, by providing lodging, food/beverage, recreational and tourism services at establishments such as clubs, hotels, motels, resorts, casinos, restaurants, recreation facilities, tourism, cruise lines, community associations and theme parks. This is a big responsibility for HFTP. According to our bylaws, we “provide leadership in the establishment and enhancement of hospitality accounting, financial management, and information processing practices and standards.” Leading the industry to determine BT impact on our industry is right in line with what our members envisioned 65 years ago when we were founded.

The mission of the BT Task Force is to study the topic and help HFTP’s defined industry make their own decisions on how it will impact the industry and how we should respond to this new technology.

How Can I Get Involved in the Industry’s BT Task Force?

If you are interested in being considered for our BT Task Force, please e-mail your interest to blockchain@hftp.org. Volunteers should be prepared to attend at least two in-person meetings annually and have employer time and financial support. For those who are unfamiliar with HFTP, we are a global nonprofit hospitality association that uniquely understands the industry’s problems. We are recognized as the spokesgroup for the finance and technology segment of the hospitality industry. HFTP assists our members in finding solutions to industry problems more efficiently than any organization via our expert networks, research, conferences such as HITEC, and certification programs. HFTP has several thousand stakeholders across the globe. Through our HITEC brand, we also assist both members and stakeholders in deal facilitation.

Frank Wolfe, CAE, is the CEO of HFTP and an inductee into the International Hospitality Technology Hall of Fame and an HFTP Paragon Award winner. He often speaks on hospitality and travel related issues. He is an author, speaker and an advocate of careers in hospitality technology or finance. E-mail: frank.wolfe@hftp.org Twitter@frankwolfe. Or Facebook: Frank I. Wolfe.